The 27th congress of the European Branch of the IUSTI will take place in Antalya in Turkey, 6-8 September 2012 with the title ‘STI and HIV: time for protection’
(see: www.iusti2012turkey.org/ ). The local hosts and co-presidents of the congress are Prof Demir Serter and Dr Deniz Gökengin. The International Scientific Committee for the meeting is co-chaired by Prof Michael Skerlev and Dr Derek Freedman. This is the first congress to be held in Turkey so it is a particularly important one for the Branch and we are all looking forward to a very stimulating meeting in a delightful setting. An innovative element in the scientific programme is the inclusion of a variety of workshops on different aspects of sexual health and venereology.

In 2013 the European Branch will not be holding a separate congress but will be contributing to the success of the joint meeting of the 14th World IUSTI and the 20th ISSTDR (International Society for STD Research) which will be held in Vienna, 14-17 July. This meeting has the title ‘Threatening past – promising future’ (see: www.stivienna2013.com ) and the congress president will be Prof Angelika Stary, with the Chair of the International Scientific Committee being Prof Thomas Quinn.

On the 3rd February I represented IUSTI Europe at a meeting held by the collaboration ‘HIV in Europe’ in London. This collaboration is supported and hosted by the Copenhagen HIV Programme (CHIP) at the University of Copenhagen and the State University Hospital in Copenhagen, Denmark. AIDS Action Europe, a Pan-European non-governmental organisation is actively involved, and a number of influential international health bodies have observer status including the WHO Regional Office for Europe, the European Centre for Disease Prevention and Control (ECDC), the US Centre for Disease Control and Prevention (CDC) and the Global Fund for AIDS, Tuberculosis and Malaria. The aims of the collaboration are to increase awareness of HIV across Europe in particular with a view to preventing complications of late disease through earlier diagnosis. Following on from this I attended a conference organised by the project in Copenhagen where I delivered a plenary talk on ‘Indicator condition-guided HIV testing’. The conference proceedings are available at: www.hiveurope.eu/Copenhagen2012Conference/tabid/

In June the ECDC published a report: ‘Response plan to control and manage the threat of multidrug-resistant gonorrhoea in Europe’
(available at: www.ecdc.europa.eu/en/Pages/home.aspx ). Two new national representatives have been appointed to the council of IUSTI Europe: Dr Norbert Brockmeyer for Germany and Dr Vesta Kucinskiene for Lithuania. The European STI Guidelines Project continues its work. Since my last report the guideline on ‘Organising a consultation for STD’ has been revised and has been published on the website
(see: www.iusti.org/regions/europe/euroguidelines.htm#Current ). The guideline on pelvic infection has completed the consultation process and will shortly be published on the website. The guidelines on balanoposthitis and epididymo-orchitis have been revised and drafts are available on the website for consultation and comments.

A patient information leaflet on genital warts has been completed and published on the website.

The extensive scientific background papers on syphilis from a workshop conducted in Mykonos in 2004 are now available on the guidelines section of the IUSTI website and I commend Dr Pieter van Voorst Vader for having achieved this. I should also like to congratulate Pieter upon his having been made an Officer in the Order of Oranje-Nassau in 2011 for his lifelong services to medicine and worthy causes in the Netherlands.

Revision of the following guidelines is also in progress:

The 14th Conference of the Estonian Union against STI (IUSTI Estonia) was held at the Laulasmaa Spa in Estonia in June. In the same month a congress of the German STI Society was held in Berlin with Profs W Sterry and NH Brockmeyer as Co-presidents and with Prof P Kohl as Senior President. The second Euro-Asian Association of Dermato-venereologists met in Moscow in March with an excellent STI track organised by Professor Mikhail Gomberg. A post-graduate course on STI was held at Bertinoro in Italy, with a number of IUSTI Europe members speaking. The meeting was co-organised by Dr Marco Cusini. Any comments or suggestions on the work of the European Branch or of the European STI Guidelines Project would be most welcome; email me at k.radcliffe@virgin.net

Members of IUSTI Europe are very much looking forward to a series of excellent annual European STI congresses starting of course with the combined IUSTI/ISSTDR meeting in Vienna 14-17 July.

In 2014 the IUSTI Europe Congress will take place in Malta, 17-20 September. The president of the congress will be Dr Joe Pace. The conference venue will be the Radisson Blu, St Julian’s (see: www.iustimalta2014.org). Site visits to Malta have been made by the European Chair and Regional Director (Drs Airi Poder and Keith Radcliffe) as well as by the the Chair of the International Scientific Committee, Dr Jackie Sherrard. An International Scientific Committee has been established and a draft scientific programme produced.

In 2015 the IUSTI Europe Congress will take place in Barcelona and the President will be Dr Marti Vall Mayans. The meeting will be held 24-26 September.

In 2016 the European Congress will be held in Budapest hosted by the Hungarian STD Society under its President Prof Viktoria Varkonyi.

The third congress of the Euro-Asian Association of Dermato-venereologists (EAAD) took place in Odessa, Ukraine 31 May-4 June. As part of the meeting a very strong one day STI course was organised by Prof Mikhail Gomberg in which many international speakers participated. The EAAD has been established as a non-profit association registered in Latvia.

The project has obtained the endorsement of the European Society of Clinical Microbiology and Infectious diseases (ESCMID, see: www.escmid.org/ ); Prof Mario Poljak from Slovenia has joined the Editorial Board as the official liaison with ESCMID.

The guideline on, ‘Organising a consultation for STI’ is now on the guidelines section of the European website (see: www.iusti.org/regions/europe/euroguidelines.htm ) and has been published in the International Journal of STD and AIDS (2012; 23: 609-612). The revised guideline on pelvic infection has been posted on the website. The revised guideline on gonorrhoea has also been posted on the website and this is particularly important given the concern over developing antibiotic resistance. Prof Magnus Unemo (Sweden) has published an article in Eurosurveillance (2012; 17: 47) drawing attention to the guideline and its implications for clinical practice.

ECDC: The relationship between IUSTI and the ECDC continues to develop. Liaison officers have been appointed by both parties to enable closer cooperation. Currently there is joint work on a project to look at the completeness,and improve European STI data reporting.

EADV: on the IUSTI Europe activities on the Annual Dermatology Forum. Two EADV Task Forces in the field(s) of STIs have been officially (re)approved 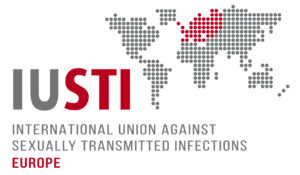